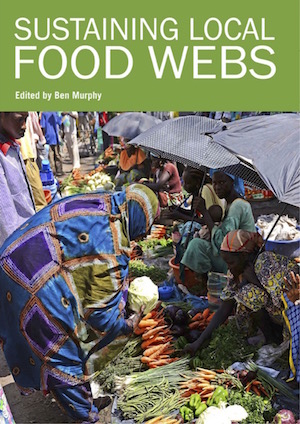 Local food webs are productive, resilient and healthy, connecting food providers and consumers locally. These food webs are efficient in terms of food provision when compared with the long chains that deliver the commodities produced by industrial agriculture to distant consumers, and they need protection, increased investment and support. This report has case studies from Cameroon, Kenya, Mali, the UK and Hungary. 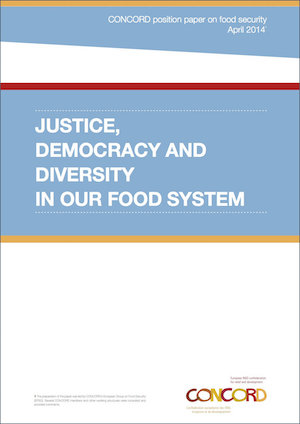 Justice, democracy and diversity in our food system
CONCORD, 2014

Hunger in our world today is a result of injustice not of scarcity. Position paper of the CONCORD network on food security, setting out a vision of a food system that enables everyone to eat a healthy, nutritious diet that is based in the right to food, shaped by planetary boundaries, resilient and defined by people. Calls for participatory and democratic governance of our food system, agroecological methods of production, prioritising local economies and trade, responsible investment and measures to stabilise markets, rights to productive resources, responsible consumption, research and innovation that meets the needs of small-scale producers, and better aid and development policies. 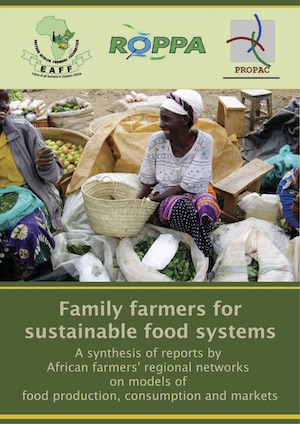 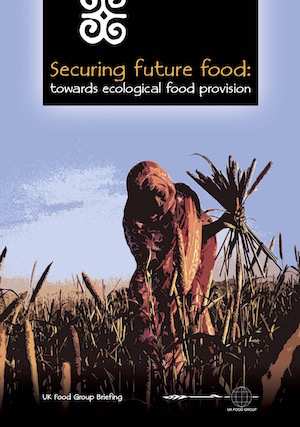 We need to make a radical shift towards ecological food provision in order to secure future food for the world’s predicted 9 billion people. The systems that currently feed most people in the world are smaller-scale and locally-sourced. They can be enhanced through practices based on agroecology to meet current and future global demands for food. Research and trade policies and agricultural support measures urgently need to be reoriented in this direction. 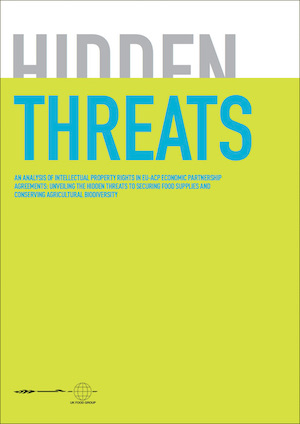 The EU sought to include new rules on Intellectual Property Rights (IPRs) in already controversial and resisted Economic Partnership Agreements (EPAs). This is highly contentious because of the potential impacts on securing food supplies and conserving agricultural biodiversity. The European Union is demanding from African, Caribbean and Pacific countries (ACP) new intellectual property standards beyond those already incorporated in the WorldTrade Organization (WTO) Agreement on Trade Related aspects of Intellectual Property Rights (TRIPS). 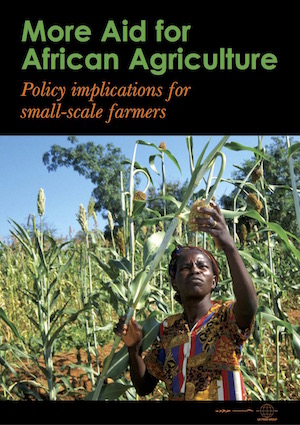 As agriculture returned to the policy spotlight in 2008 following the food price shock, many donors reviewed their priorities on food and agriculture issues. The UK Food Group summarised the policies of major donors, which cluster around five main themes: aid effectiveness, market & private sector led agricultural growth, exiting agriculture, improved governance & political processes, and African ownership. Calls for the new agriculture agenda to give priority to approaches that would be sustainable, can be locally controlled and would realise the Right to Food and food sovereignty. 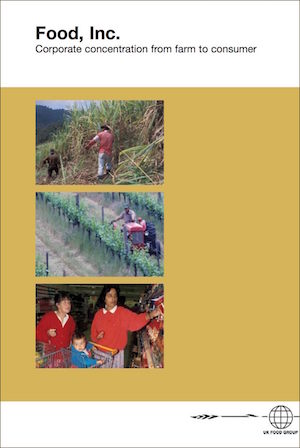 Supply chains are developing in such a way that a large number of competitive and relatively powerless suppliers face a few large buyers. Farmers are playing to the rules of perfect competition while their customers are part of a complex monopoly. The savings that food processors and retailers accrue from paying suppliers below competitive levels are often passed on to consumers to gain market share. Growth of supermarkets and the ‘modernisation’ of the retail sector can have profound impacts on the structure of domestic agriculture and food processing, and these patterns are moving into mid- and low income countries. 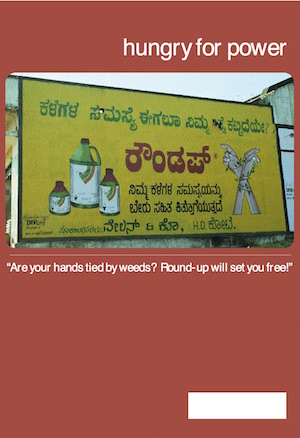 UK Food Group submission to the APPG Food and Agriculture for Development inquiry on ‘Meeting the Millennium Development Goals’. November 2010

Contribution from the European Food Security Group (EFSG) of CONCORD to the consultation on the Issues Paper “Towards an EU policy framework to assist developing countries addressing agriculture and food security challenges”. January 2010.

UK Food Group submission to the consultation on the White Paper “Securing our common future”. May 2009.

The food price crisis: what needs to be done. European Food Security Group of CONCORD. October 2008.

The Common Agricultural Policy: how the CAP operates, the key commodities, competitors and markets for the European Union. Background briefing 1. Sustain and UK Food Group, 2002.